Just wanted to write this up to give you guys a little update! We are still in Florida of course, but for the past couple of days it has been really cool! One of my father’s buddies came down to spend a few days with us, and we wanted to show him Universal and Disney! He was super cool to hang out with, and it was awesome showing him around to our favorite parks! We even got to do a Grand Slam at Disney with him, so that made it even better that we got to do some much in so little time!

So now I am back to doing some of my normal things, and should be getting some more videos recorded! I also wanted to mention that I should be going to HHN 27 again this upcoming Sunday. After then I feel I will have enough info to finally get my full write up and review about it. I really do love this years event, even though I don’t think it is as strong as last years. It is always an awesome place to be and I wouldn’t want to be anywhere else.

I did go to Universal and IOA today and got a little update to the Dragon Challenge deconstruction. 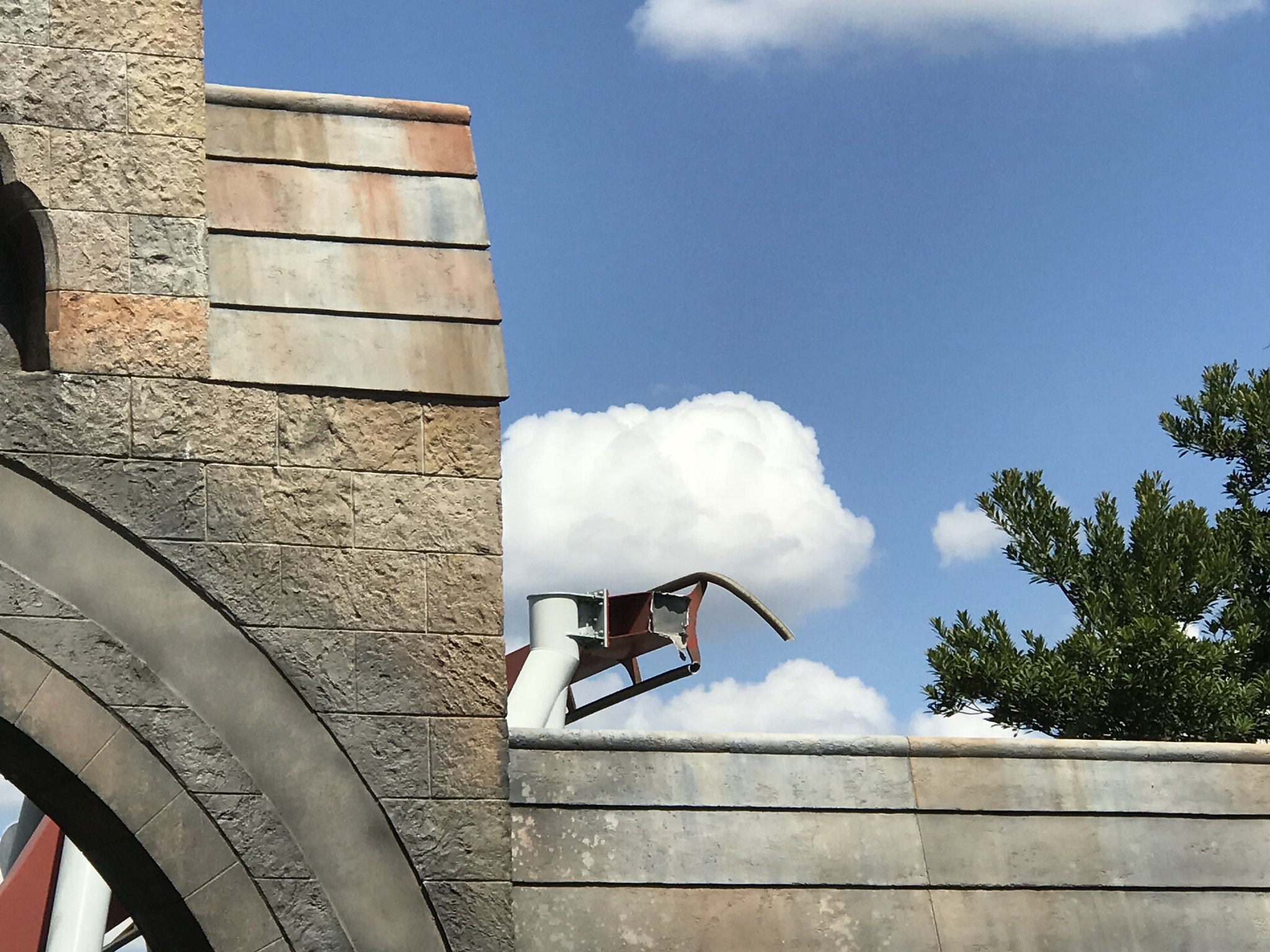 By the looks of it, they are sadly going to scrap this ride… It really is a shame to see this happening, I don’t care much for the ride leaving in the first place, but then to have this done to it, really makes matters worse for me! I just think this ride deserves so much better, and both of the coasters could have easily been used at different parks as star attractions. So I just think this is a total mystery to me as to why they want to destroy such a perfectly good coaster. Plus I think this is kind of a slap in the face to all of the original fans of this roller coaster. Anyway I will end the rant there, I just am not to stoked about what is being done with this coaster.

On a lighter note, we did get a really cool showing of the Horror Make-up Show today. It was quite different from the normal shtick they do. It was actually quite refreshing to see. So if you haven’t done the HMS in a little bit, maybe consider giving it a shot. You never know, you might get a different experience. Of course you know they have switched from using the 2008 Wolfman remake as example footage, and have started using the new Mummy. So that is also a new change if you have not been for awhile. Anyways, just want to share that, it was kind of neat to see a bit of a different performance.

I think that about concludes this update, I just wanted to keep you all informed and let you know some of the fun things I have been doing lately. So on that note, I wish you all well, and please keep it tuned here and on all of my social media for more updates. Until next time…